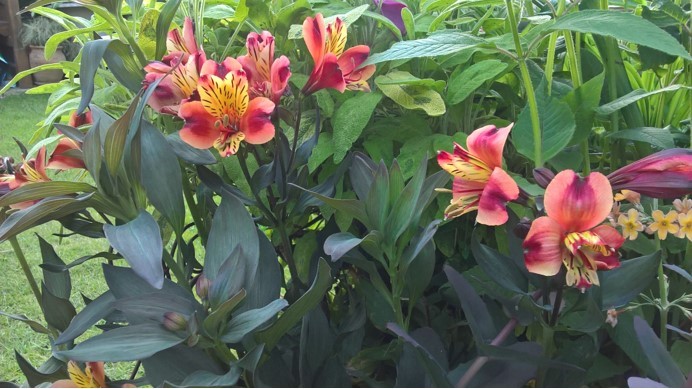 Apparently there was a sprinkling of rain at Wimbledon today.  Where was mine?  My garden looks as though it’s a haystack that’s been tossed in a frying pan, and there is no sign of relief.

So, instead I shall have to imagine that little shower at Wimbledon, and the scent that it raised from the thirsty soil.

That’s the word for today. Petrichor.  The earthy smell you get when rain falls on dry ground.  It comes from the Greek petra, or stone, and ichor, the blood of the gods.

It was coined in 1964 for an article in the journal Nature, by two researchers from Australia, where they’re probably very familiar with the idea of dry soil.

I’m just waiting for some petrichor.

The image is from one of my students, and is Alstroemeria ‘Indian Summer’.

8 thoughts on “Word of the day : Petrichor”