Flowering trees are one of the glories of spring.  Some of them are so full of colourful blossom that they take your breath away.

Two of our gardeners have sent images. 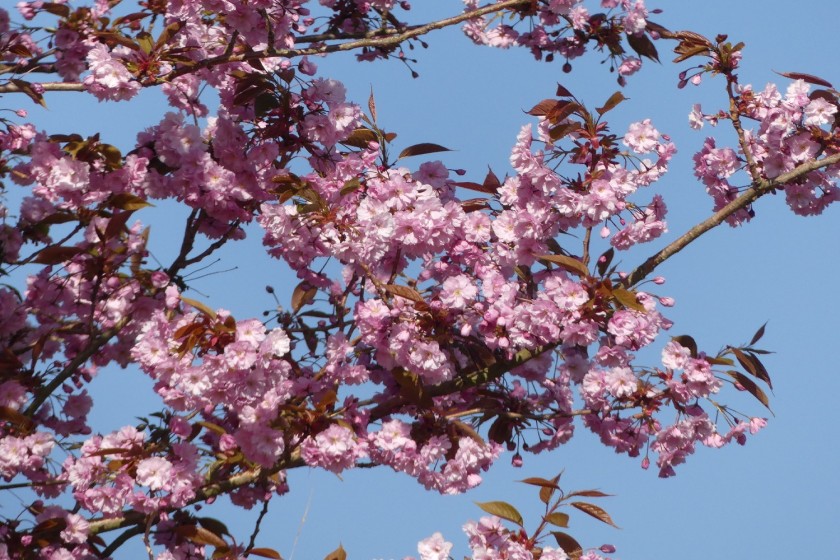 Here’s a Prunus (exact sort lost in the mists of time – this is a mature tree), positively laden with blossom.

And here we have a youngster, just getting started.  It’s Malus brevipes ‘Wedding Bouquet’ AGM.

Malus brevipes is a crab apple closely related to the more well-known Japanese flowering crab Malus x floribunda, and was probably introduced to the UK prior to 1883.  However, it never sold as well as its more famous relative, despite being a very desirable little tree.  So, it seems that, not so long ago, a grower in the UK decided it needed something snappier.  He called it Malus ‘Wedding Bouquet’.  That arbiter of such things in the UK, the RHS, has awarded it an AGM, but still records its selling name as ‘tentatively accepted’.