I have some images from one of our gardeners to post today – I’m keeping a couple back for the Nature Table tomorrow, so you know where to direct some of the blame!  :~)) 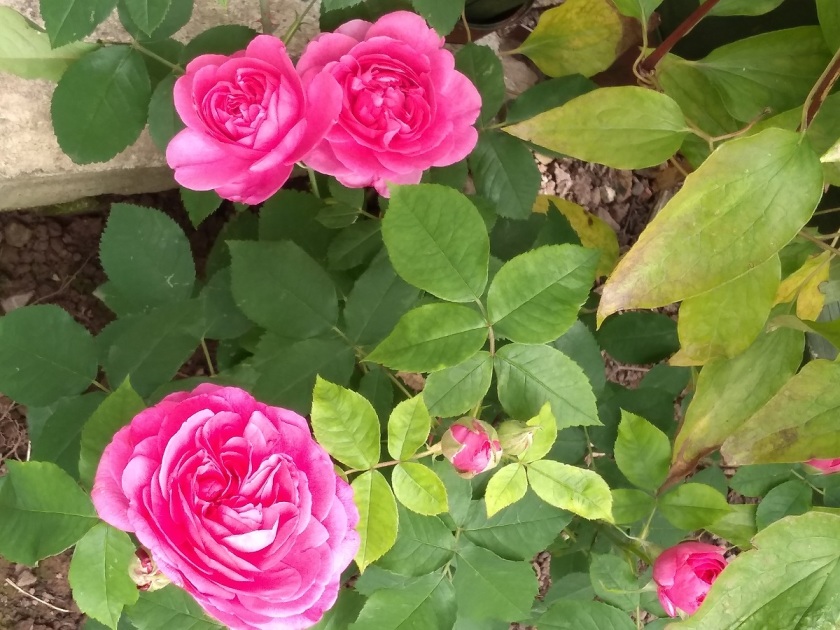 It was released in 1986, and has twice been voted the nation’s favourite rose, as well as winning other awards.  Even though Austin increases production of this rose every year, it sells out every year.

Gertrude Jekyll was a famous garden designer and author who has had a profound effect on the present day style of English gardens.  She designed over 400 gardens in the UK, in Europe and in the USA.

The rose has the quintessential old rose fragrance.  It’s a climber, but if pruned back, can be kept to a vigorous large shrub. 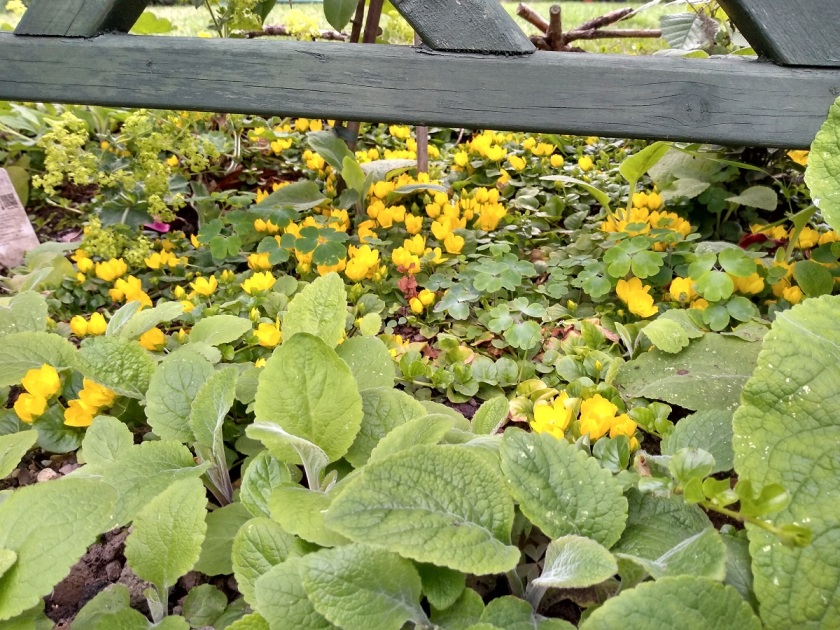 Here among the golden flowers of Creeping Jenny, our gardener has allowed aquilegia and foxgloves to self seed.  That’s going to be a lovely colourful patch next year!

One thought on “A Garden View”

Adventures in southwest Iowa and beyond