I’m sorry, there has been a short absence…

I’ve not been very well for a week or so.  Nothing so boring as Covid-19 – other ailments are available….

Still here we are again, with Tuesday Treats.

The last Tuesday Treats has been edited to give the answers, and it’s here:

This week’s will be a little truncated, I think, but hopefully we’ll be back to n ormal shortly.

So, what do we have…

1    What is this plant?  And what is the condition affecting the flower spikes called?  What causes it?

Edited to add:  This is Veronicastrum virginicum ‘Fascination’.  As has been suggested, the flattened spikes are caused by fasciation, from Latin ‘fascis‘, a bundle.  In Rome, the fasces, a bundle of rods bound up with an axe, was the symbol of executive authority.  In fasciated plants, the growing point at the tip, or apical meristem, has been damaged and produces multiple growing points that are joined, like that bundle of rods.

I recently saw that the RHS Rosemoor Gardens report that their plants of ‘Fascination’ are serial fasciators, so there does seem to be a genetic tendency, but most years, the flowers are fine, so there must be a trigger.  In such cases, this is damage to the growing point – it can be caused by pests, diseases or bad weather.  I recall that we had a spell of unseasonably cold, frosty nights just as these apical buds would have been forming, so my money is on frost damage.  I’ve had the plants for 6 or 7 years, and this is the first time they’ve done this.

Looking at the name of the plant, I suspect that whoever named it was tipping a knowing wink at this tendency.

Some plants, especially fern cultivars, include ‘Cristata’, or the word ‘Crested’ in their name.  This usually means that the cultivar has been selected for a genetic trait of fasciation.

This is Oxalis deppei ‘Iron Cross’, or was when I looked it up a week ago.  Apparently now it’s Oxalis tetraphylla ‘Iron Cross’.  Whichever, it’s from Mexico. 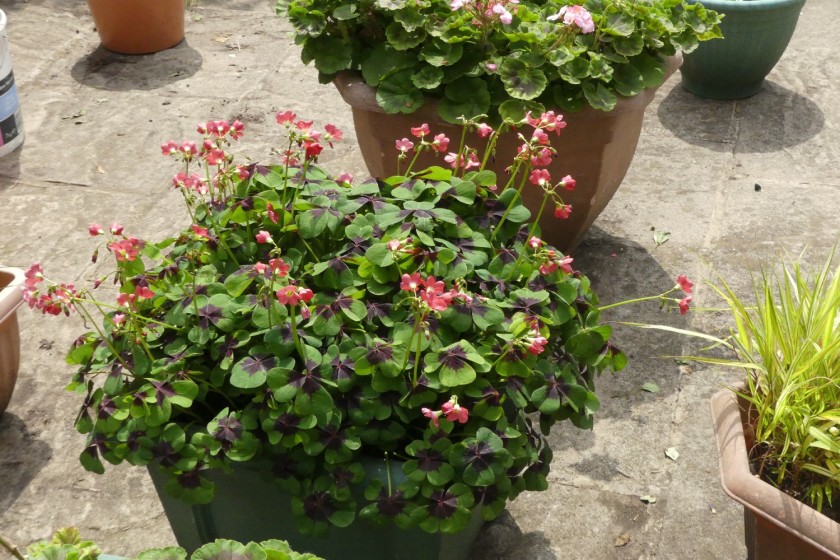 And a closer look

This is Romneya coulteri AGM, the Californian Tree Poppy, or as I learned from the comments, the Matilija poppy.  I don’t know about California, but here it has a Marmite view of owners and their gardens – it either loves you or hates you.  If it hates you, it will never, ever grow, no matter how much care you lavish on it.  If it loves you, it will grow like wildfire, pushing up shoots a socially distanced 6 feet from the parent plant.

Like another that we’ve seen recently, this was raised by Morel in France, and introduced in 1900.  Once established it literally covers itself with flowers.

5  The pink flower spike – the foliage next to it is a different plant.

It’s Francoa sonchifolia ‘Rogerson’s Form’, Bridal Wreath.  It’s supposed to grow to about 2 ft, but no-one told it that.  It has a low-growing rosette of soft, slightly fuzzy leaves, and wands of pink flowers that for me reach 3-4ft depending on rainfall.  It makes a long-lasting cut flower.

6  The white flowers to which the foliage does belong.

Valeriana officinalis, another tall grower – 5 to 6 ft here, although in poor, dry conditions it might stop at 2 ft.

This is the herb from which Vallium was first produced, and it’s another Marmite plant.  The fragrance is rich, musky and strong, and will perfume the whole garden, especially at dusk.  Some people love it, others hate it.  It’s definitely soothing.

Be careful if you grow this.  I once pricked out a tray of seedlings in a closed greenhouse, and was definitely away with the fairies for an hour or two…

Monarda ‘Adam’.  Both flowers and foliage are fragrant – Bergamot, and Bee Balm are two of the common names. 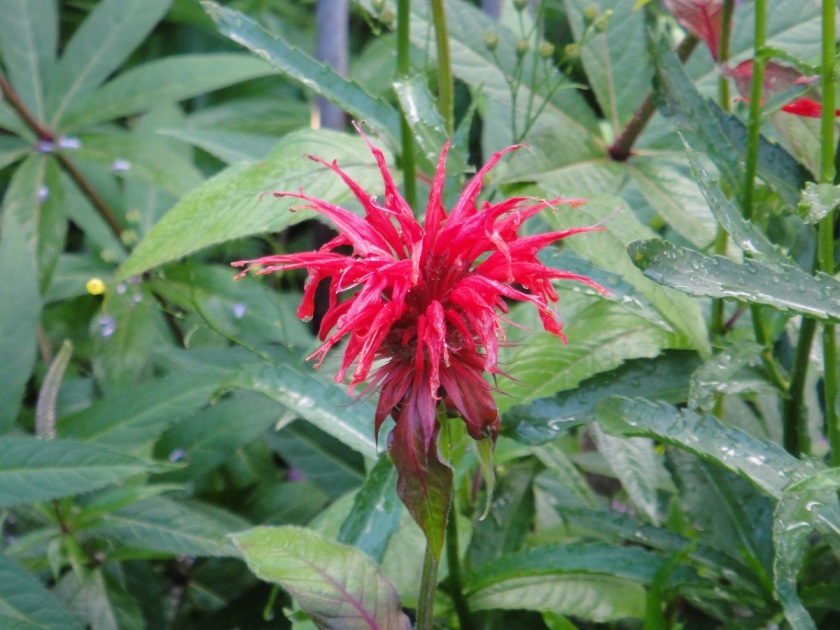 Leucanthemum x superbum ‘Phyllis Smith’.  The first hybrid Shasta Daisy was produced in 1890 by the American horticulturist Luther Burbank, using species from three continents, and named for Mount Shasta.  ‘Phyllis Smith’ is an old cultivar, but I can’t confirm the date of introduction.  Nevertheless, it’s full of vigour (too much, sometimes), and full of flower. 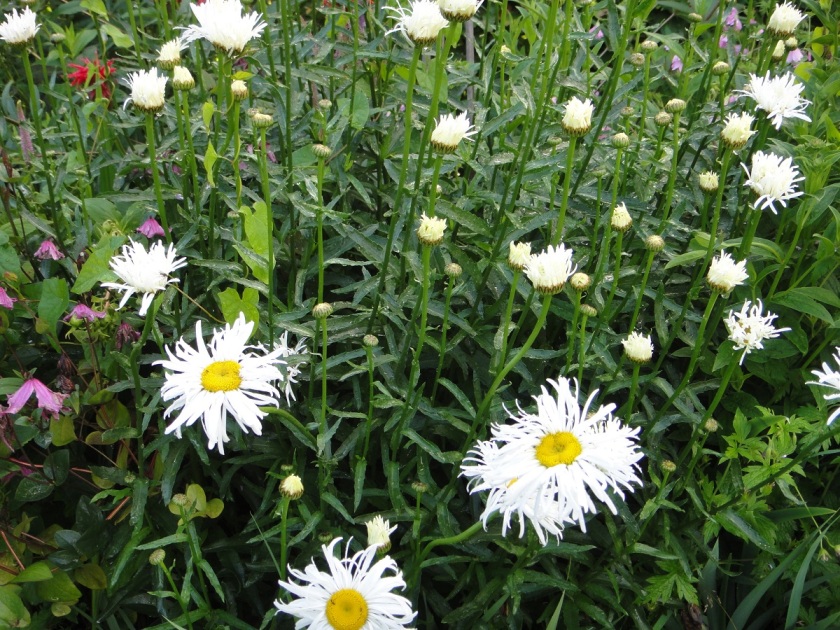 And there we are for this week’s Tuesday Treats.  Good luck!

How did you do?  Have yourself a nice cup of tea and a chocolate biscuit!