Today we have some images of David Austin roses, sent by their proud owner.

Second is another climber, ‘Claire Austin’.  Named for David Austin’s daughter, and introduced in 2007, the flowers begin as pale lemon, then fade to creamy white.  This, too, has a strong myrrh fragrance.  Claire also has a nursery for hardy plants, specialising in irises, peonies and hemerocallis. 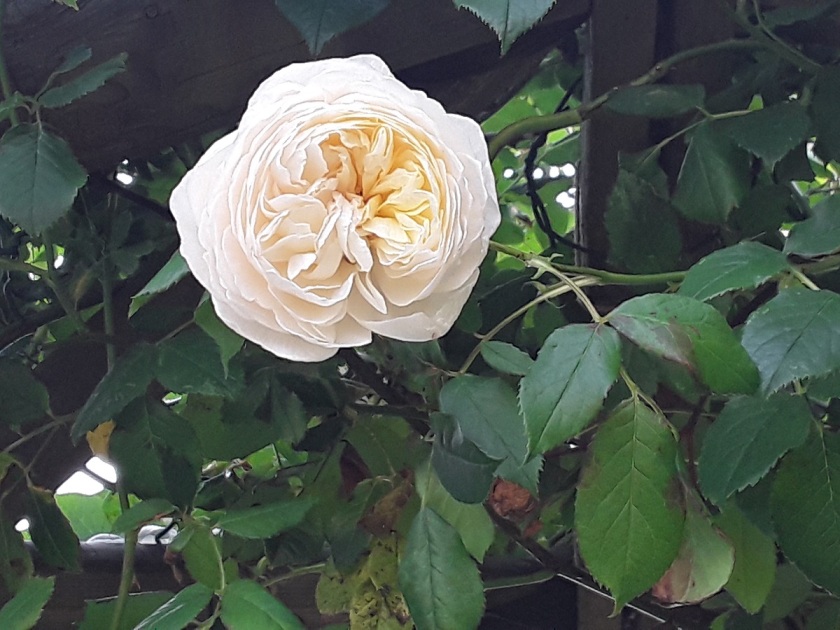 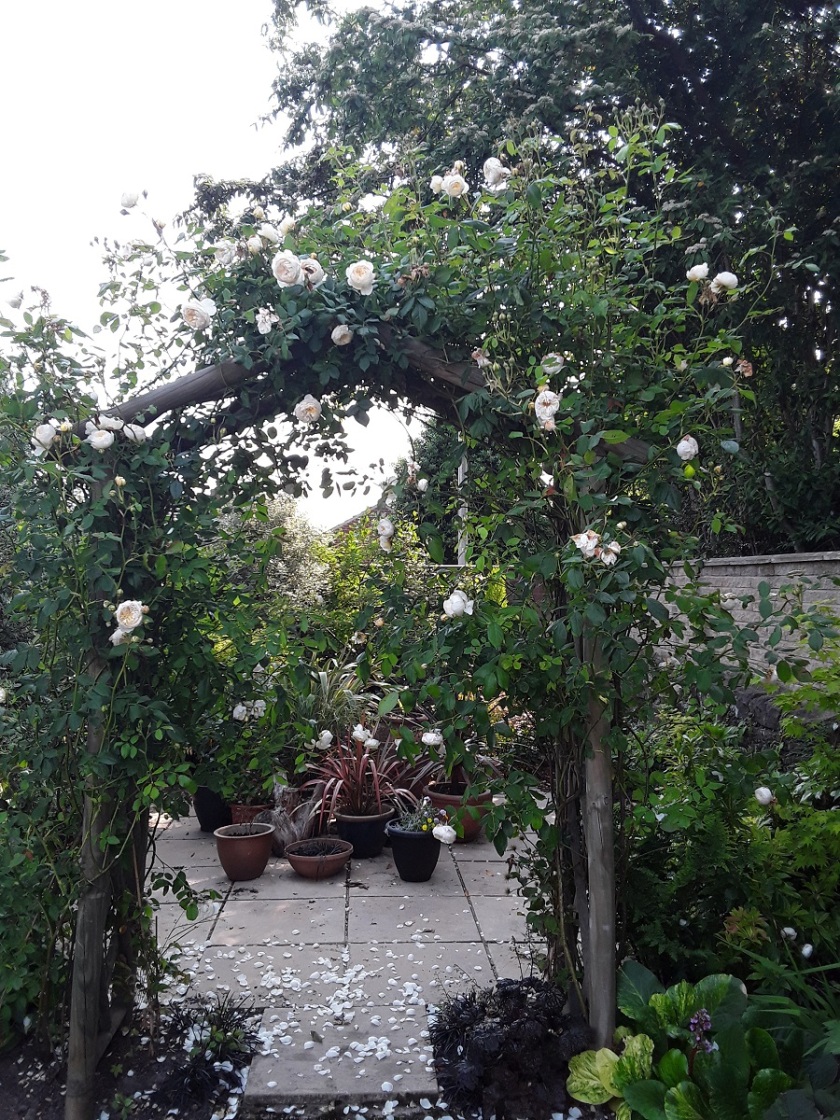 One thought on “David Austin Roses”