Well, not really a tale, but I couldn’t resist…  I have two images of Crinum x powellii, all dressed up for a summer party.  Let’s hope there aren’t any beheadings… 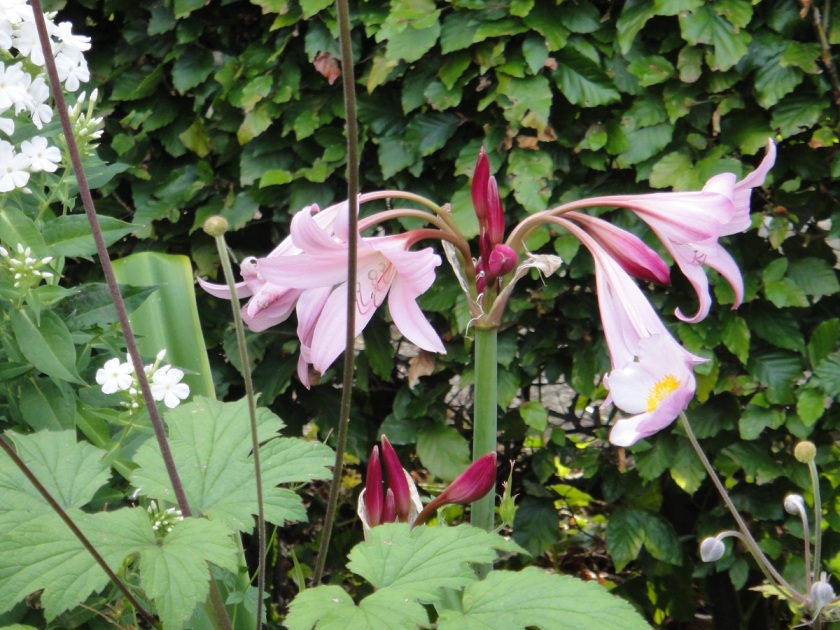 I had this Crinum in a pot for a couple of years – and it did flower – but, for one reason or another I finished up with a number of pots of Crinum, so decided to take the risk and put one out into the garden.  That was three years ago, and this is the second year that it’s flowered.  For scale, the white Phlox on the left is about 4ft 6ins tall.  The foliage is remarkably free of slug damage.  Today, I counted 12 flowers and buds on the taller spike.  It’s never been as good.  And, while the central bulb is huge, now, there are a whole flock of adolescent-sized youngsters.

And, one of our gardeners has sent an image of his Crinum, which I’m sure is in a pot. 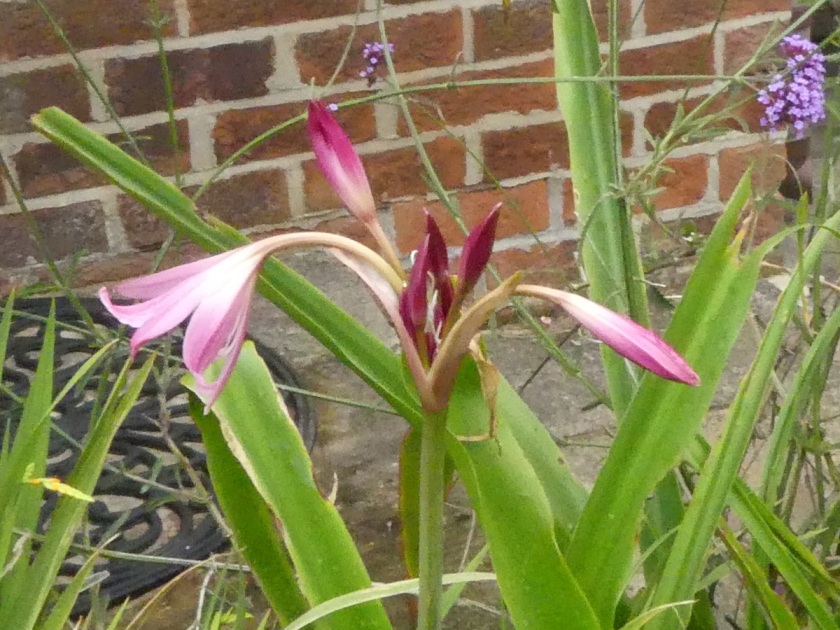 It, too, looks as though there are a goodly number of buds coming up from the centre, so it’s definitely a good year for Crinums.

They don’t last for very long, but I do love something as flamboyant as this.  And it seems that pot or garden will do – at least until we get a bad winter.