It’s time for us to guess our way round the plant world again!

Last week’s Tuesday Treats has been updated to show identities, and can be seen here:

Well done if you got all those.

Here we have this week’s bouquet…

Hemerocallis ‘Sammy Russell’.  This was introduced in 1951 by Hugh Russell, one of the most influential American daylily breeders of the 20th century.  It starts flowering early, and continues after most other Hemerocallis have finished. 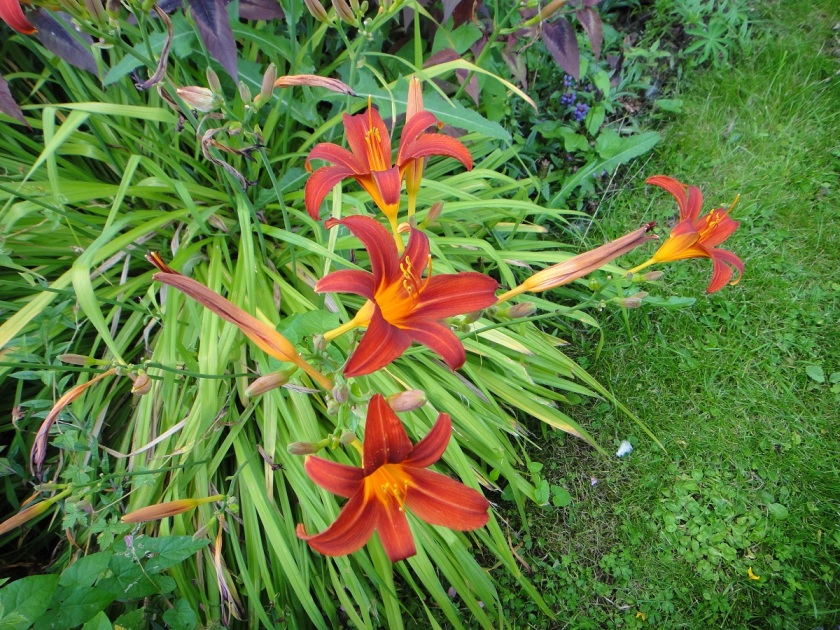 2  Also, do you know which group within its type this belongs to?

Edited to add:  This is Dahlia ‘Mary Evelyn’, and is a collerette dahlia. 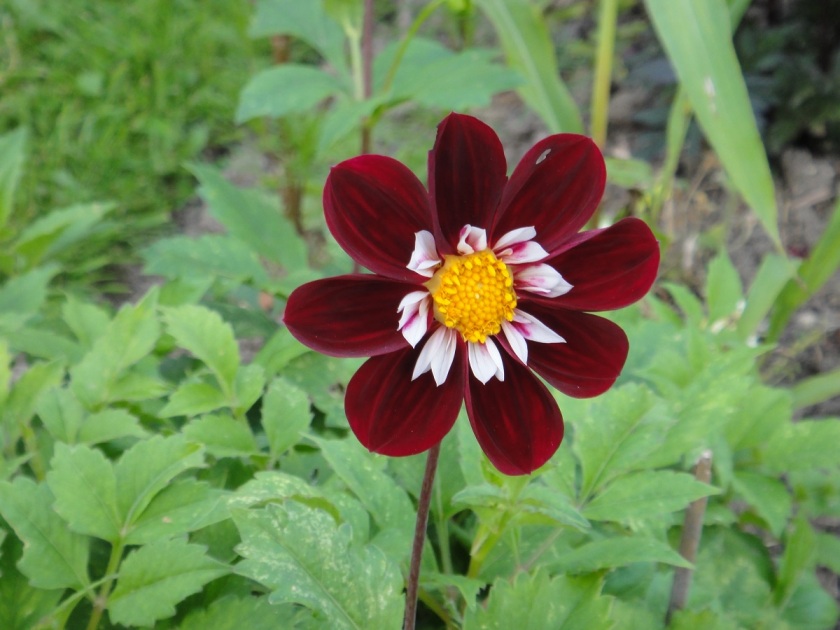 3  And again, what is it, and which group within its type does this belong to?

This is Clematis ‘Princess Kate’.  It is a Group 3 clematis for pruning, and is in the texensis group – these clematis have lovely bell-like flowers.

4  Recognise it?  Surprised?  I saw this flowering a week ago.

Yes, this is a Hellebore, a double flowered Helleborus x hybridus, which would have flowered in Spring, but is now in flower again.  I can only assume that the hot weather in April and May, followed by a period of hard frosts in early June, made this plant think that it had gone through 4 seasons, and it’s now Spring again.

5  The yellow thing.  But have a go at the others if you can.

Choisya ternata, the Mexican Orange Blossom.  I don’t have the cultivar name, but it’s probably ‘Sundance’.

With it, we have Trachelospermum jasminoides (the climber), and Cotoneaster horizontalis under the Choisya. 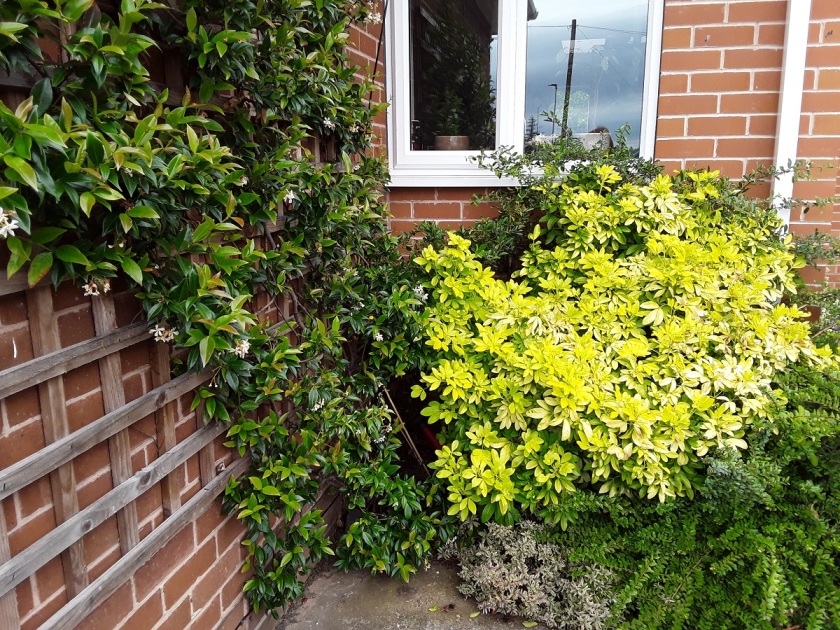 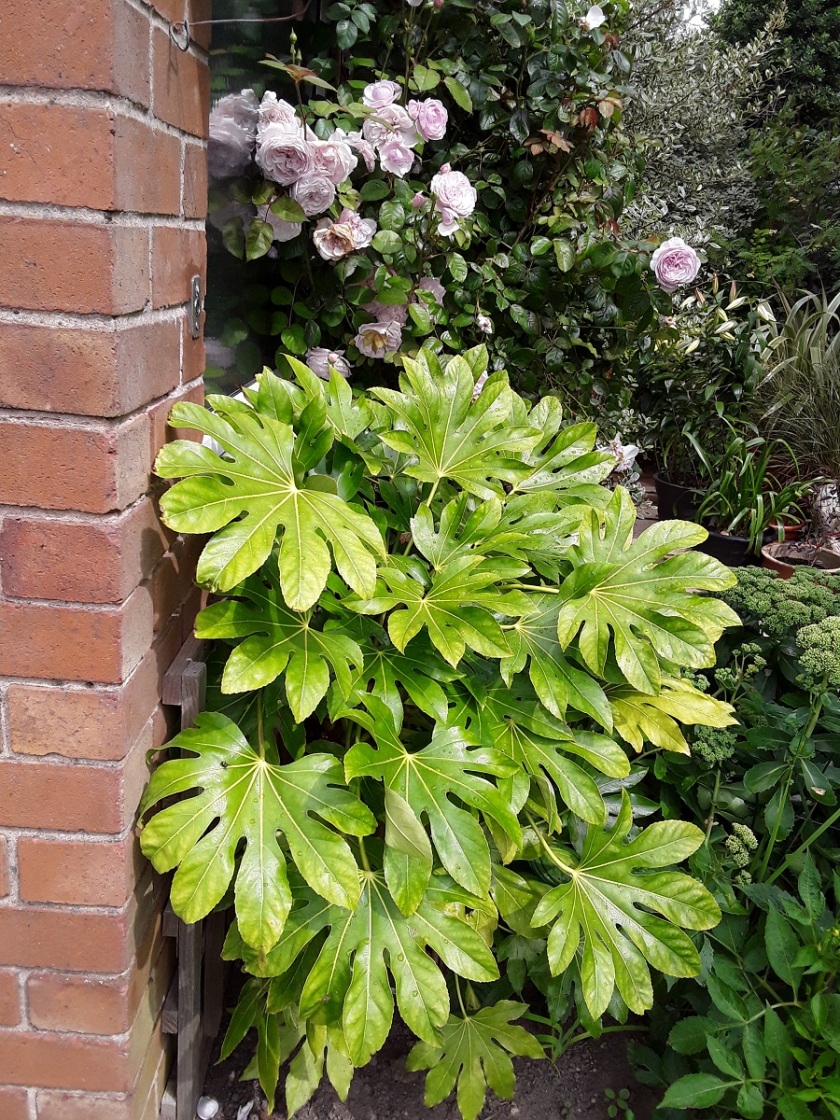 Edited to add:  No-one got this right.  It’s Agastache aurantiaca ‘Apricot Sprite’ with lovely mint-scented foliage.  I grew it from seed this year, and like all the seeds I grew, it suffered from the uneven weather, but it’s come good, although it should be a bit taller.

It’s sold as an annual, but is a tender perennial.  Well, there’s a challenge.  I haven’t got any seed left, so I wonder whether I can overwinter the plants in the greenhouse?  Can’t hurt to try…

8  This is from the Dorothy Clive Garden

This is Bougainvillea.  I’ve no idea which sort, so I defer to anyone who does! 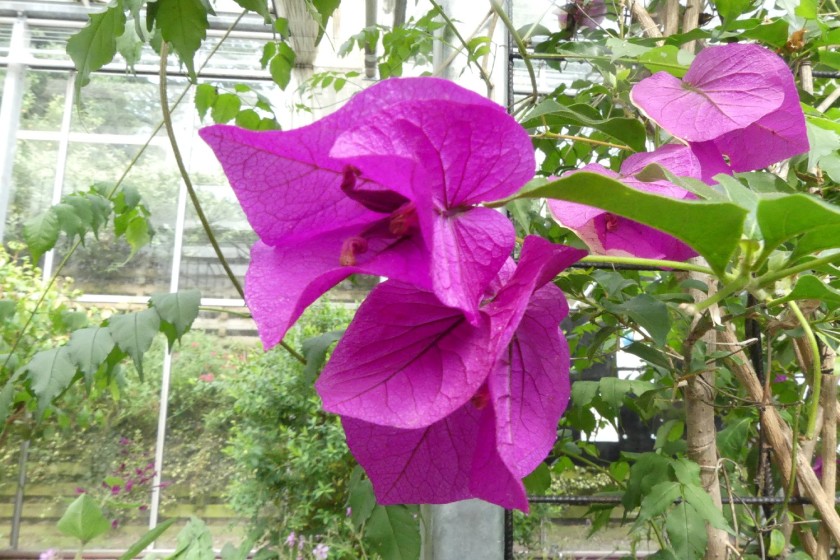 This is a Monarda.  Its owner has put in the comments that it’s Monarda ‘Kardinal’, and she should know… 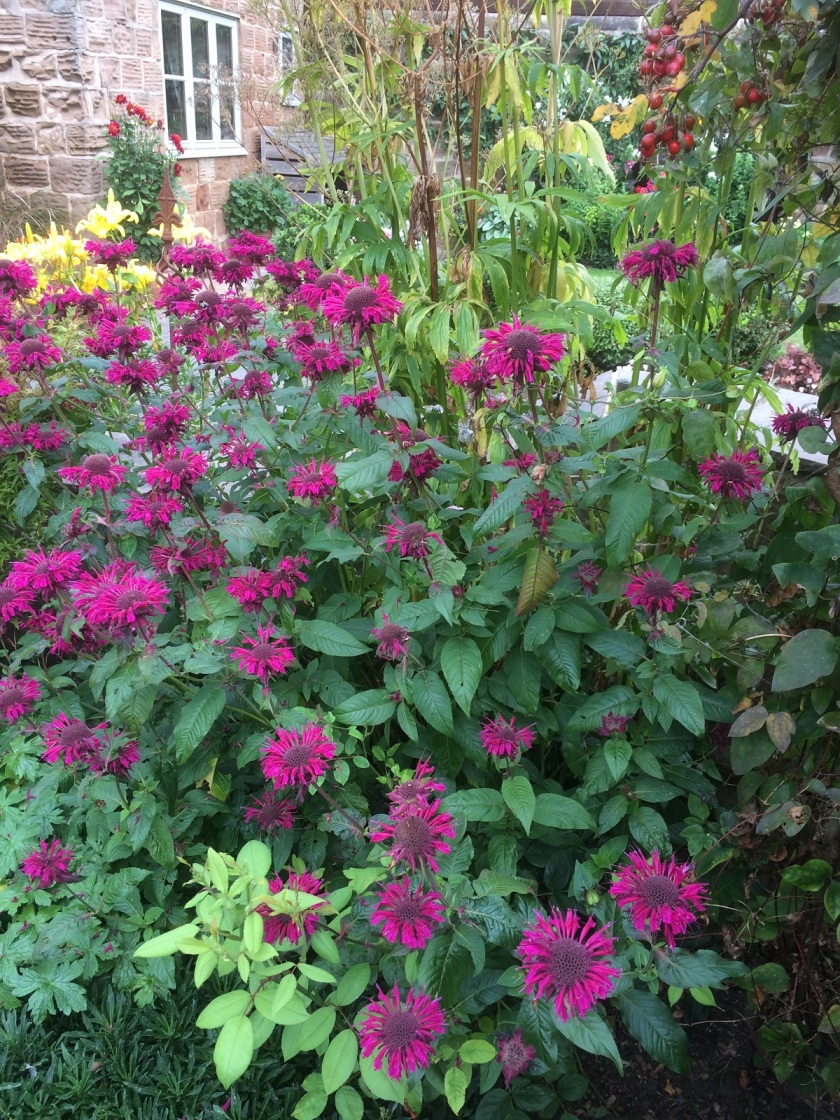 So, how did you do?  Have a chocolate digestive if you got any of them right.